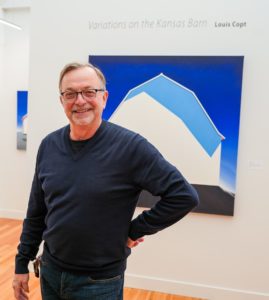 Artist Louis Copt was born January 29, 1949, in Emporia, Kansas. Spending time on a farm as a child and growing up near the Kansas Flint Hills had a profound effect on Copt and has translated into his passion for landscape painting.

He graduated from Emporia State University in 1971, with a degree in art. Copt began his career as a full-time artist in 1985, after returning from a summer of study at the Art Students League in New York City. He has worked with some of Kansas’ most notable artists including Jim Brothers, Robert Sudlow, Robert Green, Robert Brawley and Stan Herd.

Louis’ current work focuses on the prairie in just about every season, but particularly the annual spring burn-off in the Flint Hills. His primary medium is oil on canvas which allows him to work on a larger scale and provides the depth and color that best translates his particular vision. He is fascinated by the challenge of capturing the force of nature as the fires race across the prairie renewing the landscape for yet another season. 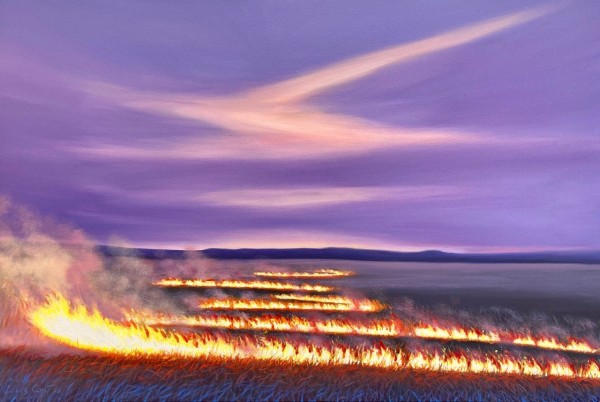 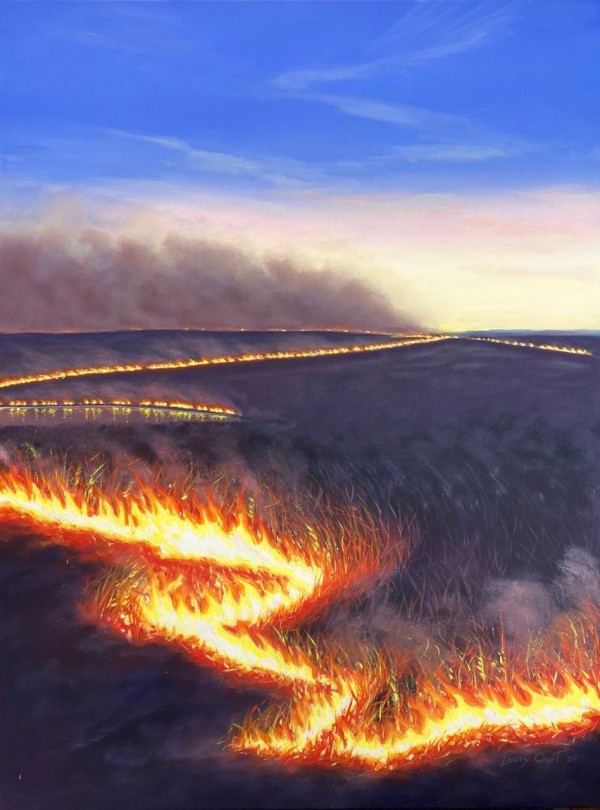 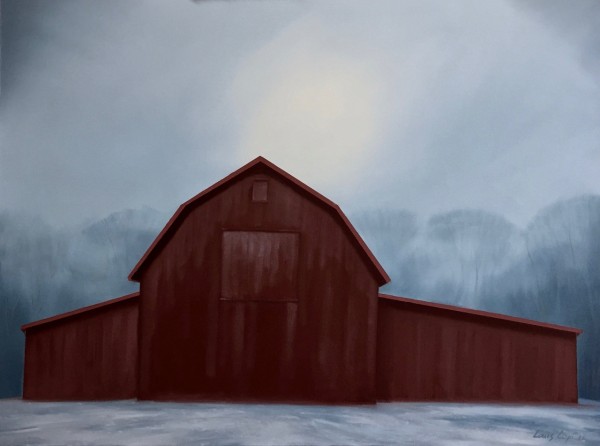 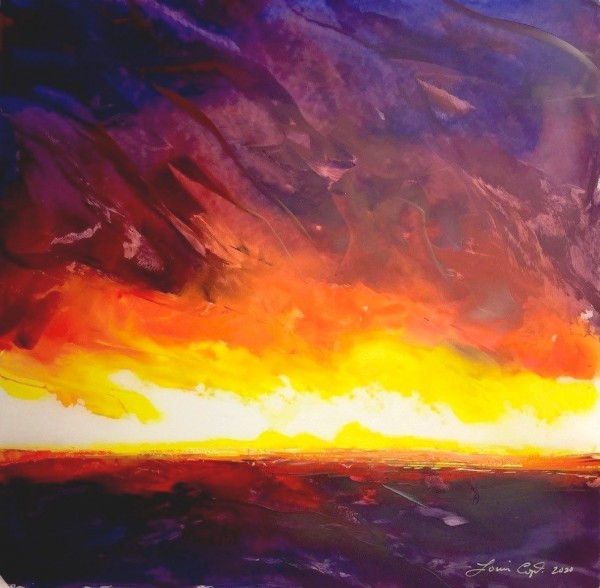 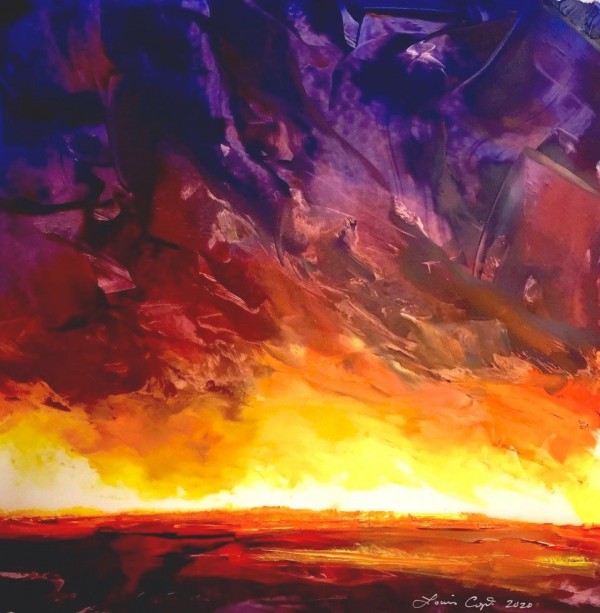 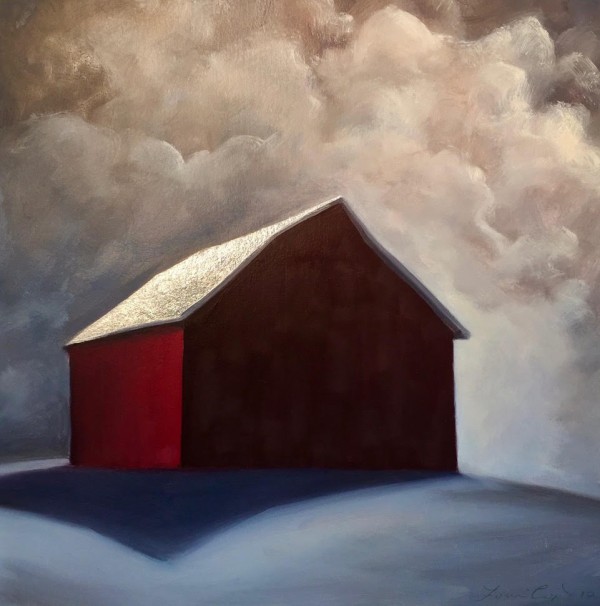 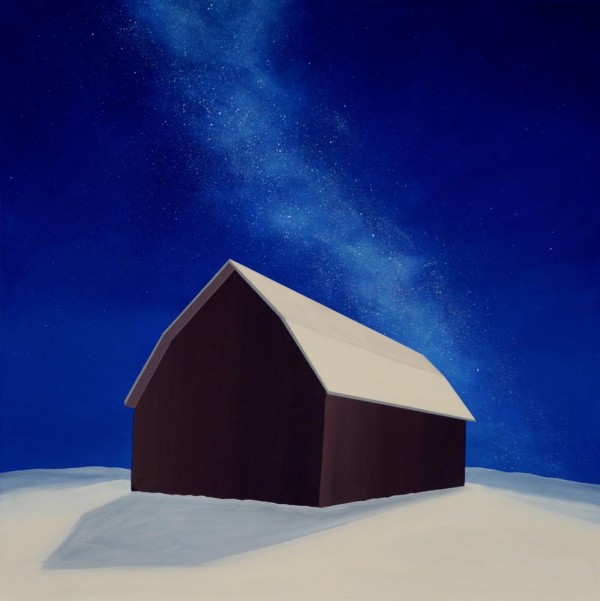 Smoke and Fire - ASK FOR AVAILIBILITY 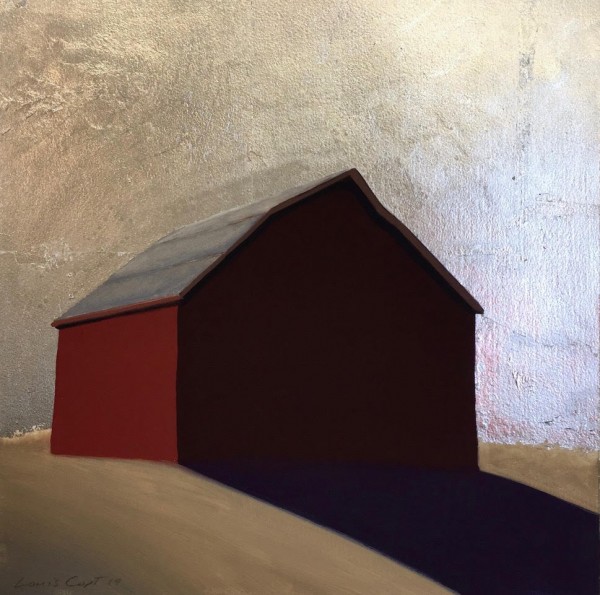 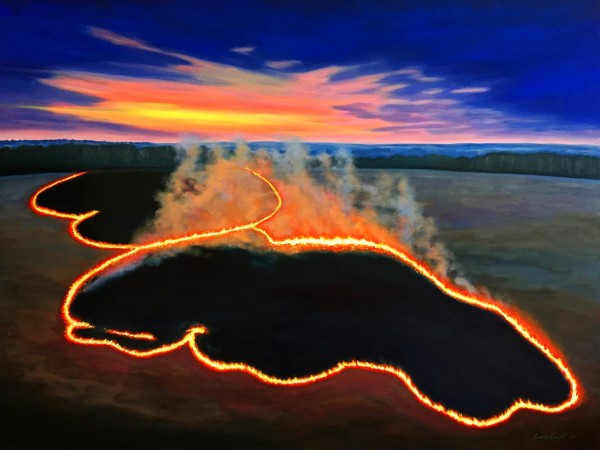 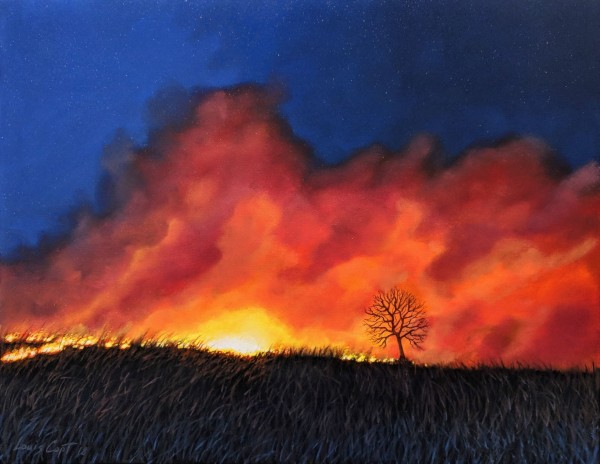