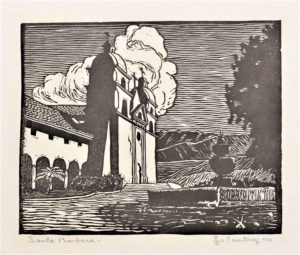 “A member of the Prairie Print Makers of Kansas, Leo Courtney (1890 – 1940) lived for many years in Wichita, where he was one of the city’s first commercial artists.  In 1925, he and C. A. Seward first visited Taos, New Mexico, where they sketched the native population.

Many of his subjects were urban and rural Kansas landscapes, architecture and people, and his primary medium was block prints.  He was also an accomplished woodcarver and metal worker.  He died on his fiftieth birthday on August 11, 1940.” 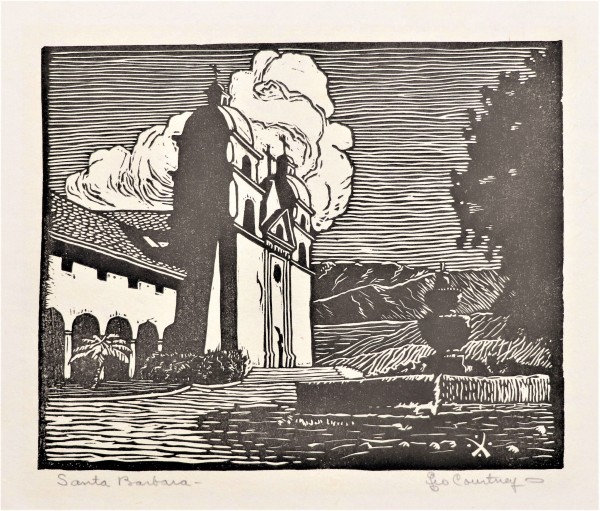