“Walter Ronald Locke was born in 1883 in Winchester, Massachusetts. He lived much of the time in Florida, and many of his etchings are of Florida, but he also made etchings in Charleston, Savannah, New England, and other locations in the U.S. He studied art under Alfred Hutty. He exhibited at the Library of Congress, Society of American Etchers and was also affiliated with Associated American Artists (AAA) which published several of his prints.

As a printmaker he was known for his meticulous attention to detail. He was awarded First Prize in the 1938 Annual Exhibit of the St. Petersberg Art Club, as well as the 1943 and 1944 awards from the Florida Federation of Art. His works are in the collections of the Albright-Knox Art Gallery, Binghamton Museum of Fine Arts, Butler Institute of American Art, Carnegie Museum, Cornell University, Nelson-Atkins Museum of Art, Wesleyan University, and Yale University.” 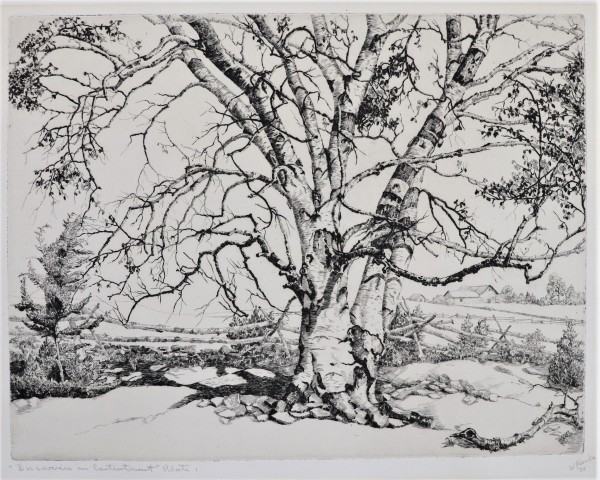 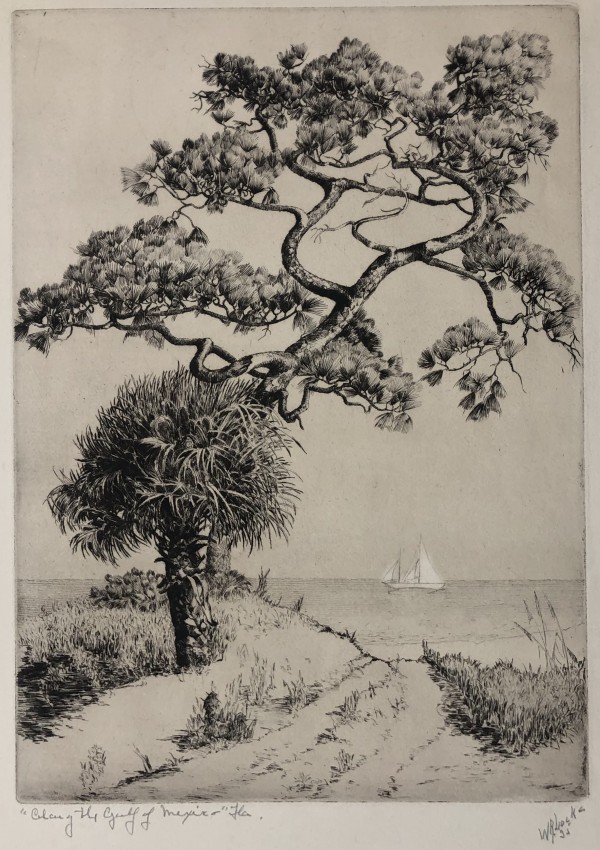