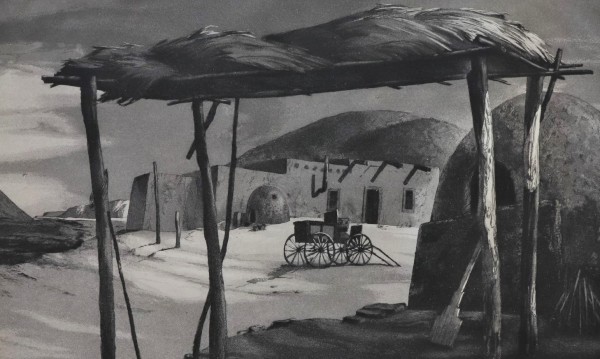 (1910-1969)   Born near Rock, Kansas, and raised in Winfield, Ted Hawkins enrolled at the Wichita Art Association in 1931 where he was a student of Bill Dickerson and later became an instructor himself. Under scholarship he studied at the Minneapolis School of Fine Art, graduating in 1935. He began employment with McCormick-Armstrong in 1939. He was an active member of the Prairie Print Makers. 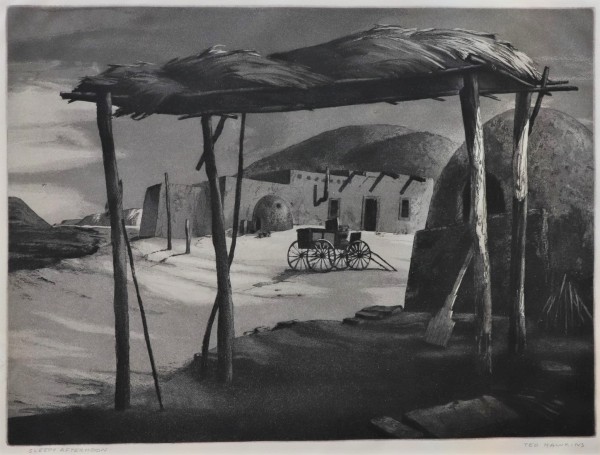