1909–1992 Reginald Neal received his BA in 1932 from Bradley University and his MA in 1939 from the University of Chicago in Art History. Neal’s first one-man exhibition of his paintings and prints took place in Chicago in 1944. Neal was best known as a printmaker in his early works that reflected the realistic, regional compositions of his teachers throughout the 1940s.

His work in the 1950s and 1960s moved to primarily abstraction and Optical Art. He later exhibited his art at the Museum of Modern Art, Pratt-Contemporaries and the Associated American Artists, New York, as well as the Houston Museum of Fine Arts, and the Cincinnati Art Museum. 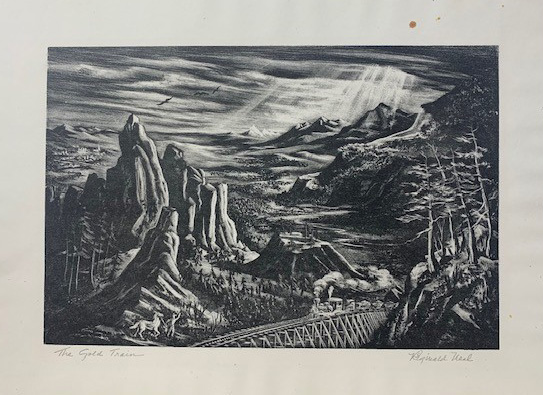