Marilyn Grisham grew up on the edge of the Flint Hills, in the El Dorado oil patch in the midwestern state of Kansas. Her early education was at Ottawa University in Ottawa, Kansas, where she was one of only three art graduates. After college, she took up fiber art at the Wichita Art Association, studying under Ron Hickman, and began exhibiting her work in 1966. It was ten years later that she moved from focusing on abstract geometric designs to incorporating the colors and forms of grass and sky into her weavings. Grisham is a tapestry weaver. In many types of
weaving, both the warp and weft are visible in the pattern. In tapestry weaving, however, only the weft shows; the warp, consisting of the strings put on the loom, does not show in the finished surface. 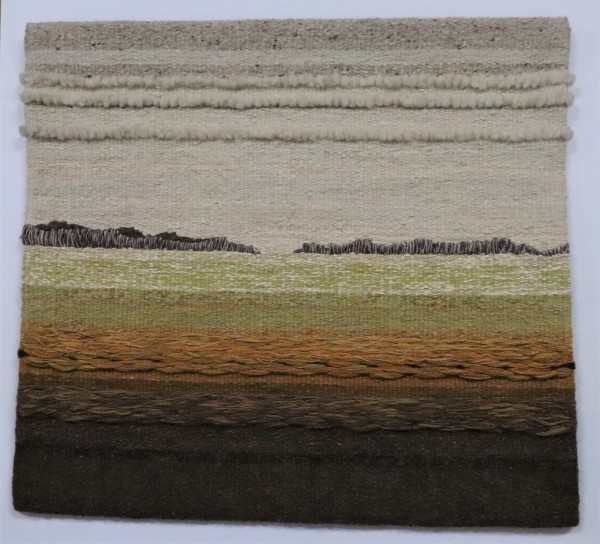