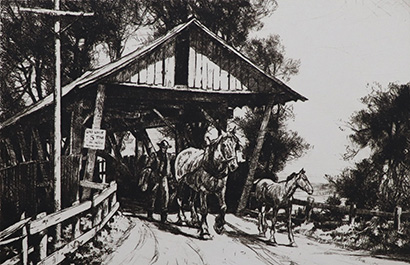 Leslie Cope, painter, printmaker, and designer, was born in Stoke-on-Trent, England on August 10, 1913. His father, Sidney Cope, was a master potter and designer who fostered his son’s artistic tendencies. He moved his family to eastern Ohio in 1929 where he designed tiles for the Mosaic Tile Company in Zanesville. After two years, he became the designer for the Nelson McCoy Pottery Company in Roseville, Ohio. Leslie worked with his father at McCoy Pottery as a designer until he joined the United States Army Air Corps during World War II. He was stationed on Guam and worked as a camouflage artist in the South Pacific.

After his release from military duty, he returned to Roseville and married Velma Wilson who encouraged Leslie to work full time on his artwork and he thereafter gave up pottery design. He was a member of the Society of American Graphic Artists, the Prairie Print Makers, the California Society of Etchers, the Ohio Watercolor Society, the Society of Academic Artists, and the Columbus Artists League. He had a solo exhibition of his work mounted at the Capitol Rotunda in Washington, D.C., and his work is in the permanent collections of the Library of Congress, Carnegie Institute, the Metropolitan Museum of Art, the Spencer Museum of Art, and the Smithsonian Museum of American Art. 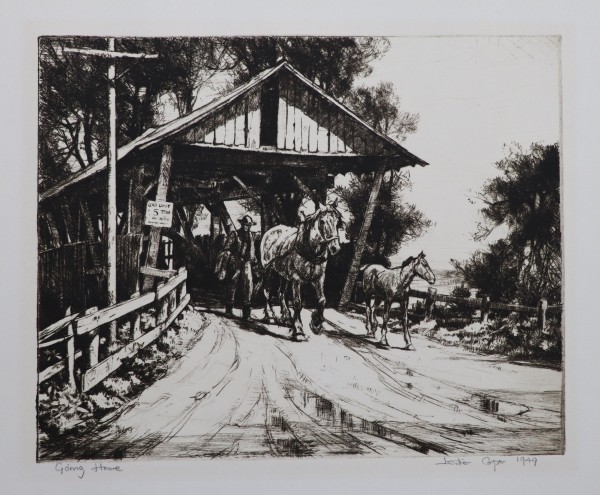