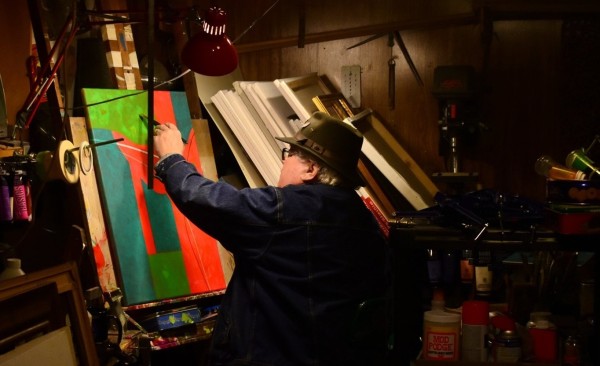 John Simkins studied painting and earned his BFA at Emporia State University in 1977. He currently lives and creates in El Dorado, Kansas. Simkins is now retired and trying to find his way back into art, which he says has always been his real passion.

Simkins often signs his artwork under the name Jack Zeus. Simkins-Zeus specializes in abstracts, primarily using traditional materials such as oil paint, acrylic, watercolor, and graphite to create his artworks.

“No one is quite sure where Jack is from or have much of an idea of his background. There are rumors of cold snowy places, beaches on either coast, or even voyages to foreign lands. Still, others suggest a more mythic source, intimating that Jack is a lost soul emanating from the Flint Hills. Whatever, he met John Simkins around 2018, they discovered a sort of kindred spirit between them, and he has taken up residence in the latter’s basement ever since.

His work displays the colors, shapes, and moods of Kansas, often likened to aerial photographs. Sometimes they present as landscapes, often as intuitive solutions based on topographic or meteorological impressions. He refers to it as “Flint Hills Expressionism”. Lord knows where he gets the titles for his works” 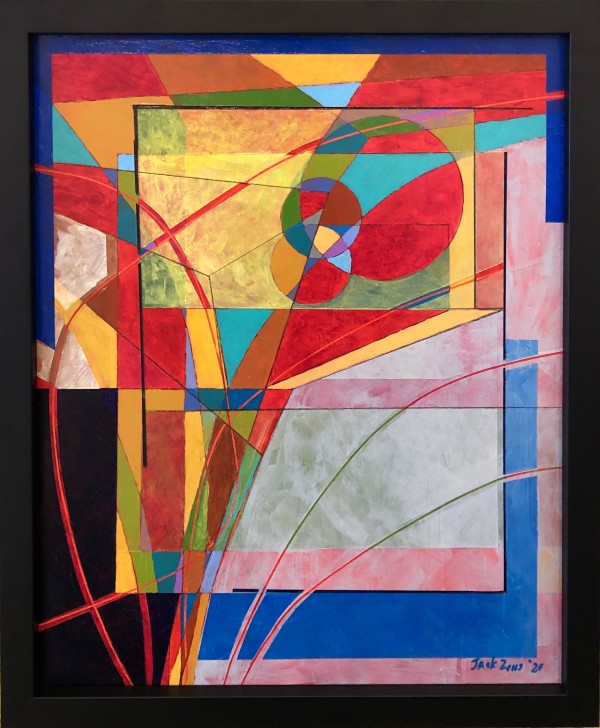 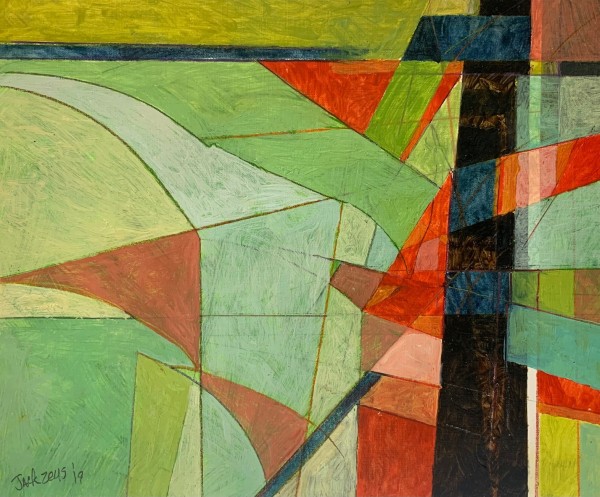 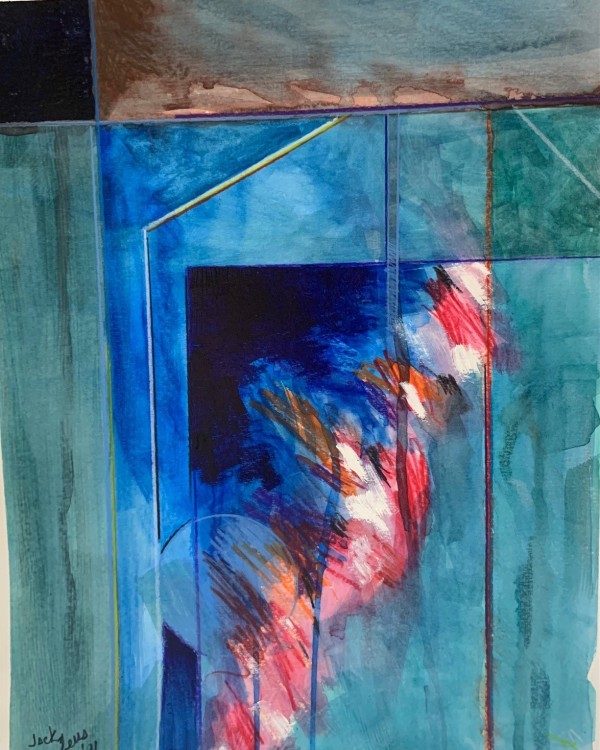 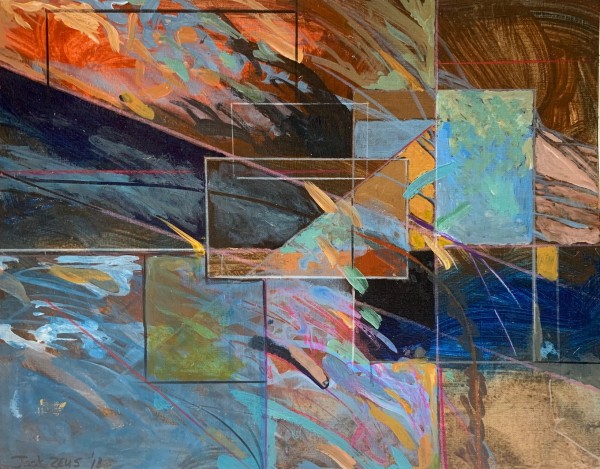 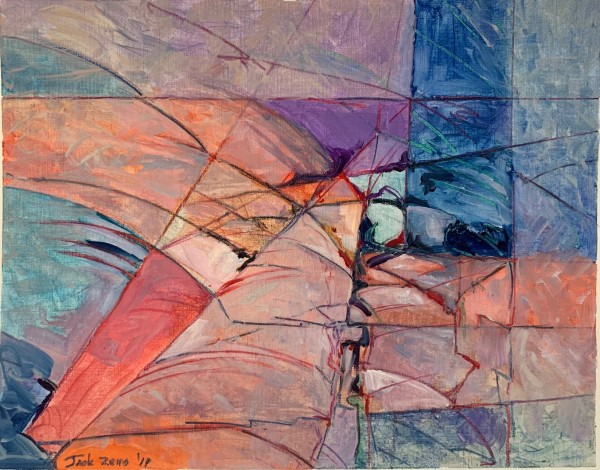 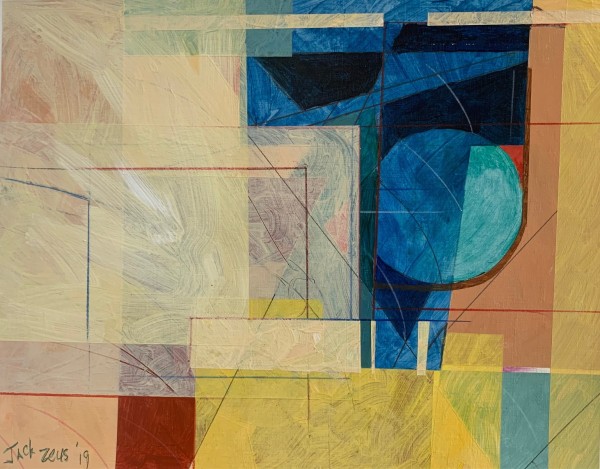 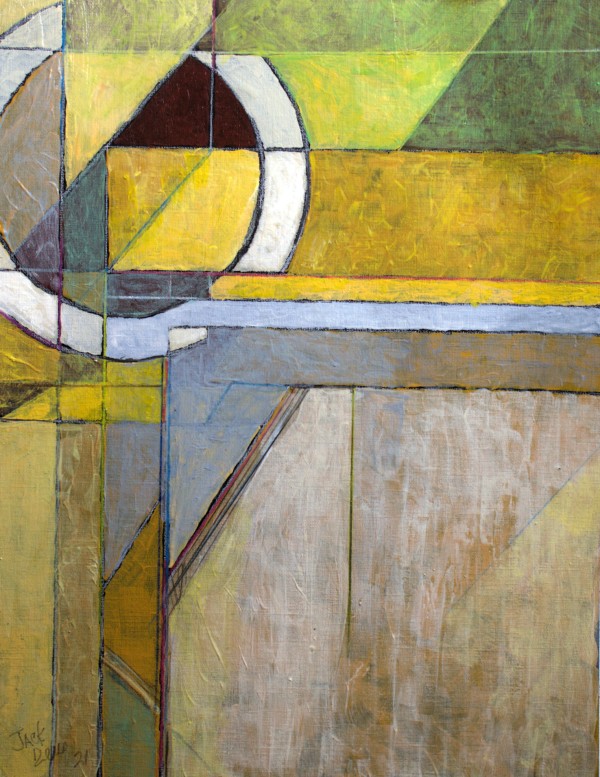 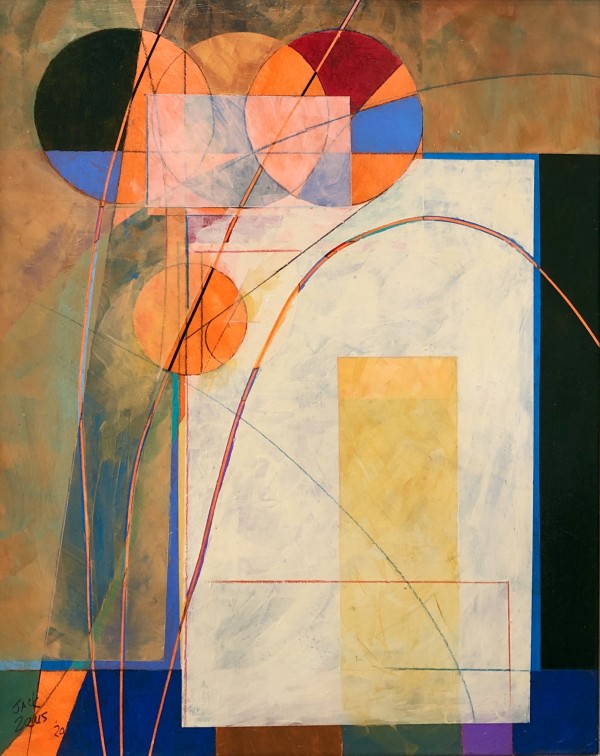 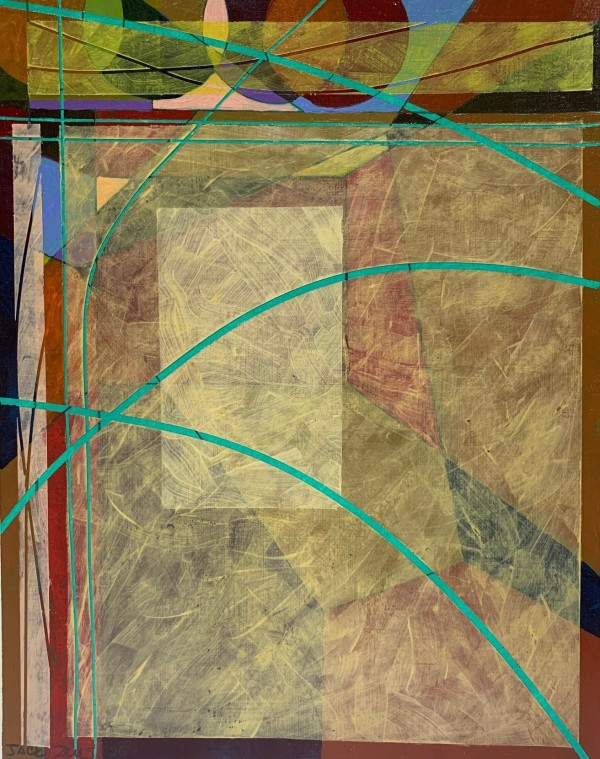 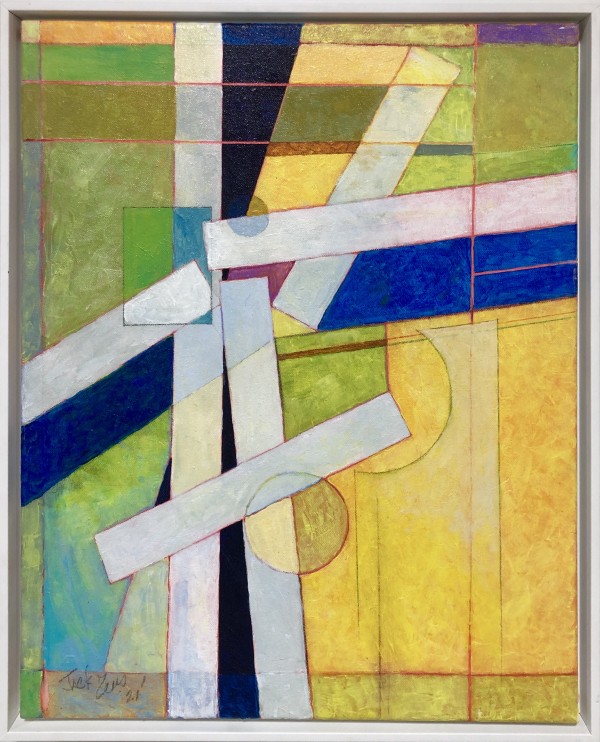 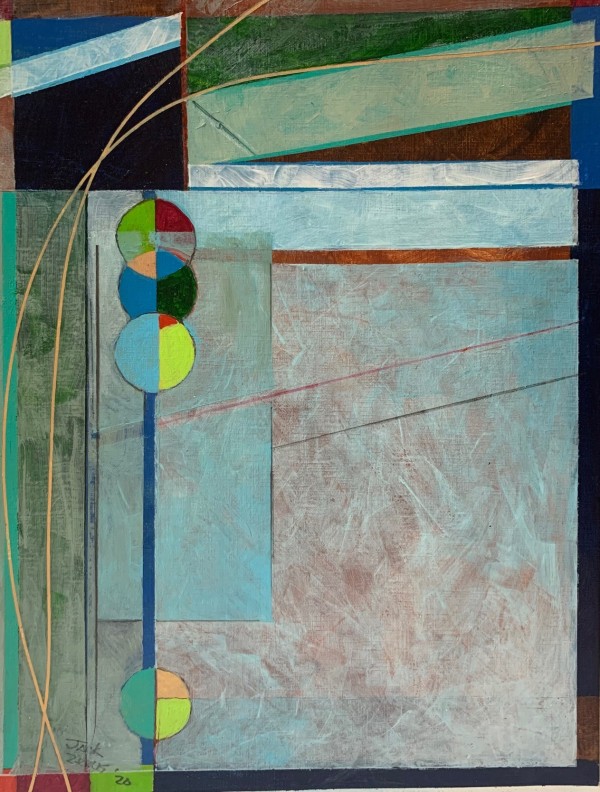 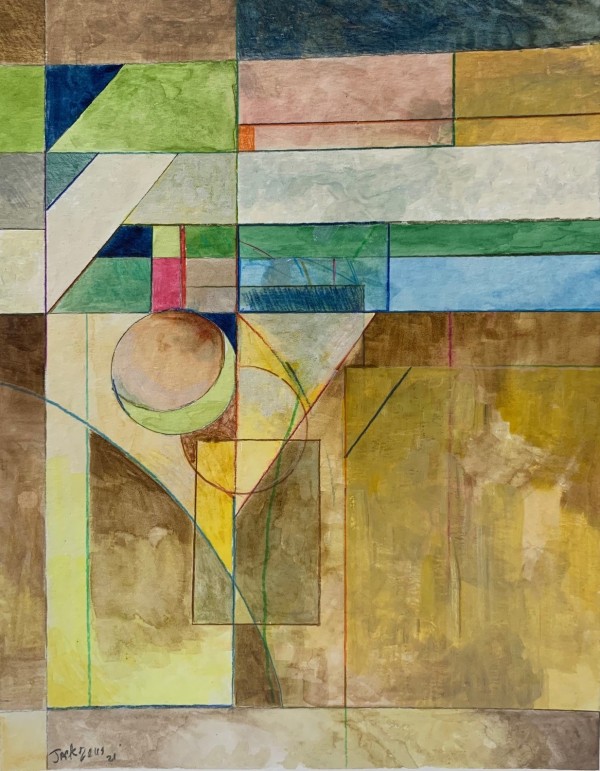 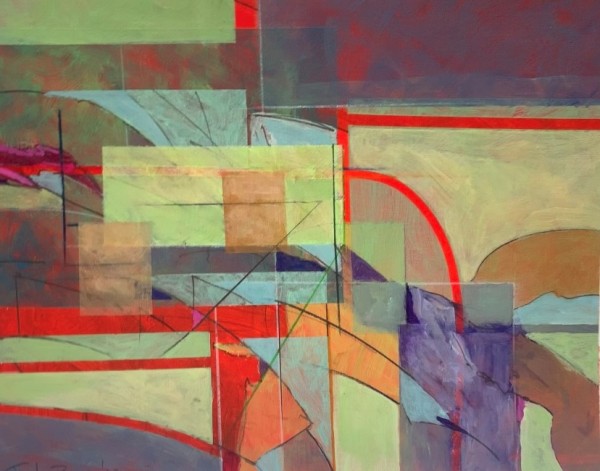 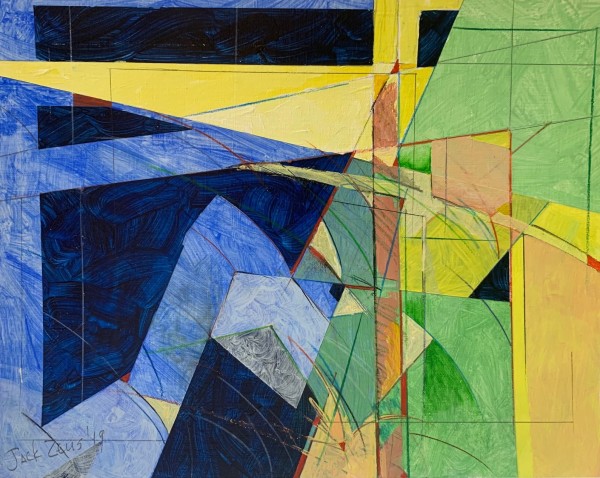 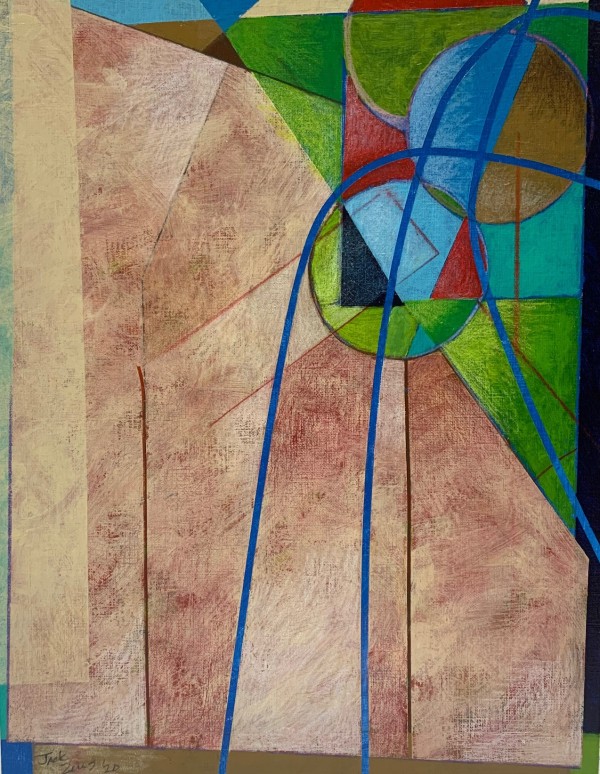 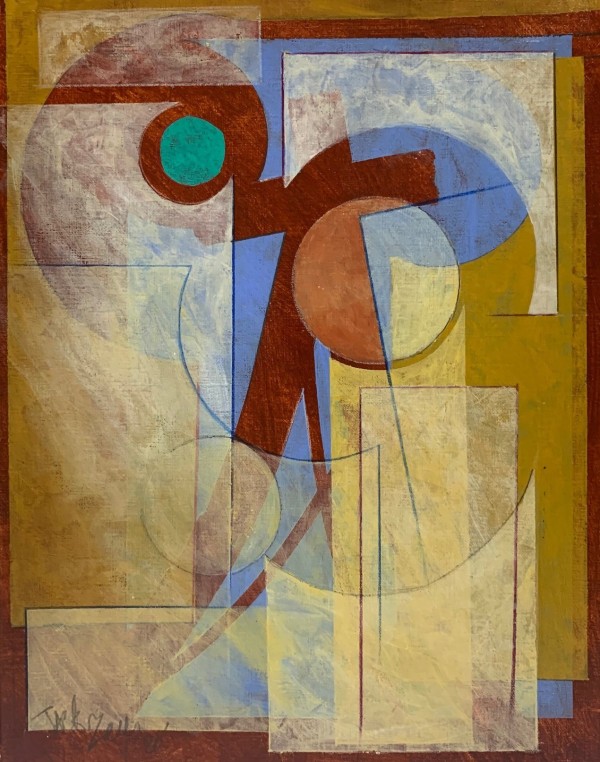 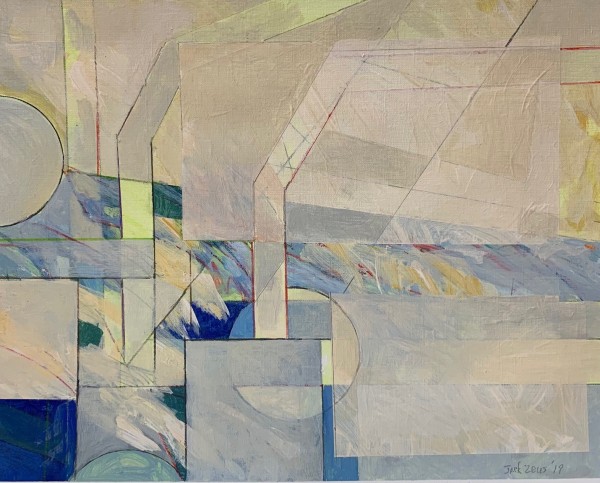 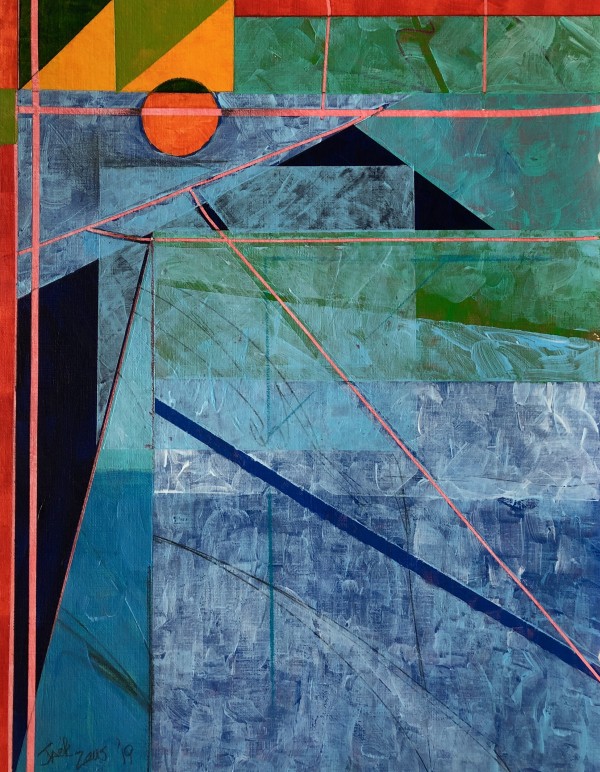