Harold “Hal” E. Larsen (1934 – ) was born in Gowen, Michigan in 1934 and moved to Santa Fe, New Mexico to paint. His primary medium is acrylic on canvas or paper. His primary material, he will tell you, is “feelings”. Rather than depicting the world in a literal way, he says, “my work is about my feelings about the world.” Harold Larsen places himself squarely in the great Romantic tradition, and we hear an echo of Wordsworth’s dictum that good art arises from the spontaneous overflow of powerful emotions. To be sure, emotions are a persistent theme in Larsen’s work. But these emotions are never simply vented or unleashed upon the canvas. Instead, Larsen allows color, form and line to accumulate gradually, often layer upon layer. We are given a sense of inner exploration and discovery rather than eruption. Even when one mood or thought seems to dominate the surface, there is always the suggestion of much more lying underneath, hints of things half-buried, half-awakening, a mix of memory and desire, sometimes, quiescent, sometimes almost playful. In both subject and technique, Larsen shows strong affinities to major Abstract Expressionists and their precursors (he has a special affection for the Fauves). Equally profound influences can be found in the physical environment of Santa Fe, where Larsen has lived and painted for nearly 30 years. Even at his most abstract, he gives us unmistakable glimpses of northern New Mexico’s gorgeous light and air, its vast spaces and expanses of color, its sensuous curves and its sudden angularities. Harold Larsen’s work is represented in international, national and regional museums, as well as in notable private and corporate collections. It has been the subject of articles and chapters in a variety of arts publications over the past three decades. 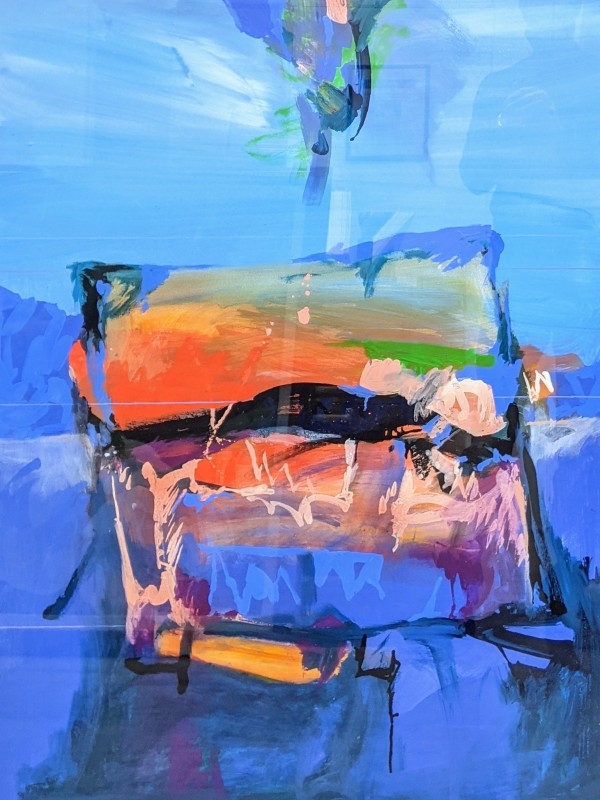