Locke, an accomplished painter and printmaker, was born in Cincinnati, Ohio. He studied at the Ohio Mechanics Institute (later the Cincinnati Art Academy), and at the Art Students League of New York under Joseph Pennell. He traveled to Europe and studied in Paris. Locke taught lithography at the Art Students League for a number of years. He was the recipient of numerous awards and prizes, and his work is held by many major institutions including the Metropolitan Museum of Art, The Phillips Collection, The British Museum, and the Corcoran Gallery. Locke died at Garrison, New York. 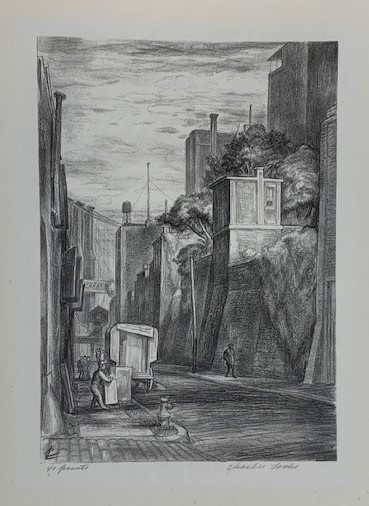