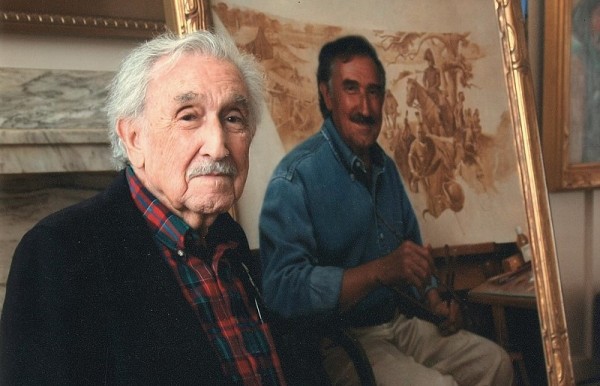 A painter, printmaker, teacher, lecturer, historian, magazine and book illustrator, Wilson’s work has been shown in over 200 exhibitions in the United States and across the globe. Wilson enrolled in the Art Institute of Chicago in 1937 to study painting, watercolor and lithography. He obtained an apprenticeship as an illustrator at the Chicago Tribune, and contributed to a folio for the American Art Association. Many of Wilson’s works hang in the Oklahoma State Capitol.

Honored by the U.S. State Department as well as the International Institute of Arts and Letters in Geneva, Charles Banks Wilson received the first Governor’s Art Award and the D.S.C. (Distinguished Service Citation ) from the University of Oklahoma. Wilson is also honored in the Oklahoma Hall of Fame, received the Western Heritage award from the Cowboy Hall of Fame. 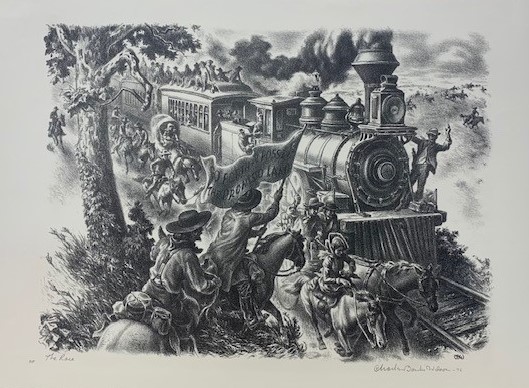