The classically trained French painter, printmaker and designer Andre Masson was one of the leading figures within the Surrealism movement, which dominated modern art in Europe during the interwar years. He was a pioneer of Automatism in art, and exploited chance and accident as part of his creative technique. Although active in the movement, he remained his own man, borrowing motifs and ideas from Cubism and other trends within the Ecole de Paris. Indeed, after joining the Surrealist group in 1922-3, he then left it in 1929 to focus on the human condition. Later, as a refugee from Occupied France, he made a notable contribution to Abstract Expressionist painting in America. A talented draftsman, Masson’s work is characterized by the use of sinuous lines in the style of biomorphic abstraction. As an individual, he was emotionally scarred by his experiences during the First World War, when he was seriously wounded, and he remained a pessimistic person with a restless curiosity in the destiny of Man and the nature of the Universe. He devoted much of his painting and printmaking to the exploration of these concerns, focusing on themes of violence and pain, as well as eroticism, self-sacrifice and the precarious nature of human life. 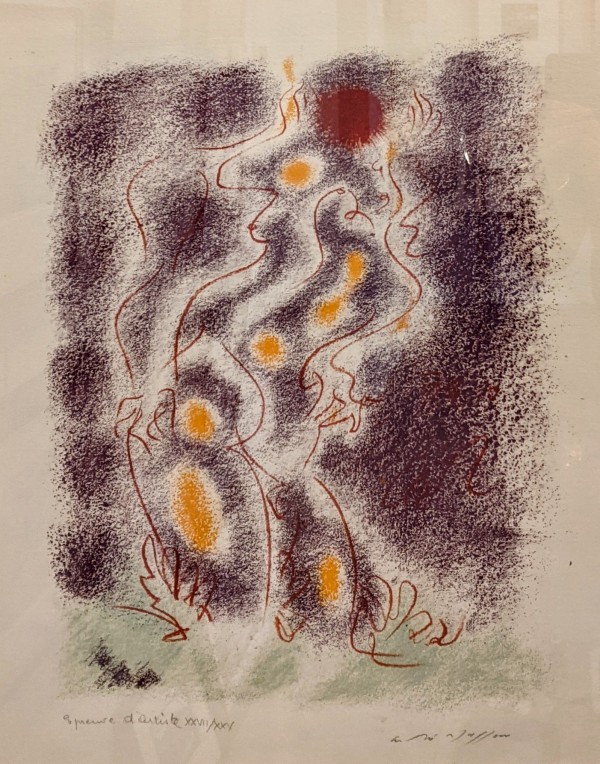 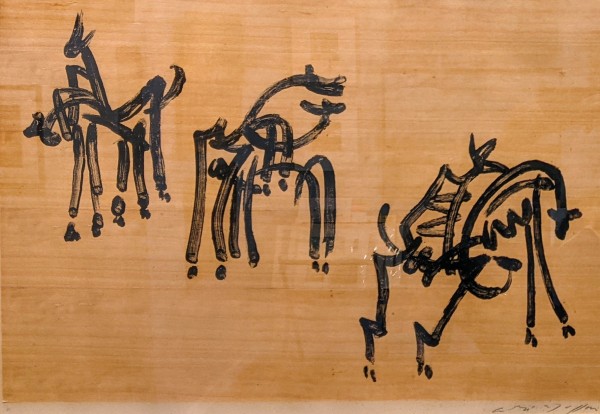