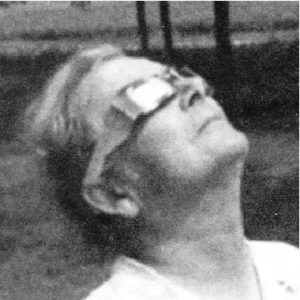 “Mullins, Kevin painter and acerbic observer of human foible was at the height of his creativity working as a brilliant colorist of complex luminous surfaces when he died March 14, 2018 of a sudden massive stroke suffered days earlier. “My work is an attempt to illustrate transcendence. I believe that repetition is the foundation of clarity,” he said in an artist’s statement.

Although he could be both elegantly simple and masterfully complex, even lyrical, as in his series of “Shackleton” prints on discarded x-rays, repetition was at the core of his aesthetic. Sometimes this took the form of variations of a work on paper, but in larger works, the variations conflated into a single shimmering image. “In the same way DNA can be simple and complex at the same time, pattern and repetition are the mind boggling and awesome work of the sometimes invisible structure of life. People sense an almost primordial connection to Kevin’s work without even really knowing why because it speaks to the hidden nature of everything we know in life, paradoxical beauty blending simplicity and complexity,” said his sister-in-law, Joan Resnick. “That’s what makes it lyrical.”

He loved life and his wife, and he adored painting, conversation, tough-to-love (by others) dogs, baseball and beer in various order as the day required. Kevin came to Wichita during World Series Season in 1995. He began work at the Ulrich Museum at WSU, where his exhibition design always set other artist’s work in a thoughtful context. He took pride in the introduction of the city to the work of Emily Jacir and his artistic hero, David Reed. He was a well-known figure about the campus as he pointed his golf cart towards the next piece of outdoor sculpture that needed attention. He and wife Ann Resnick opened Project, a gallery on East Douglas near Hydraulic in 1997, when East Douglas was a bleak corridor of failing commerce. Other galleries, cafes and small businesses followed and the transformation of the neighborhood followed. They showed many emerging national artists whose work would never have been seen in “Our Town” without their fearless support.

The quick quip was a hallmark of any conversation with Kevin. His mind and his eye worked in unerring tandem and frequently produced commentary possessed of insight and enlightenment often colored by hilarious sarcasm. A dull room never remained so after he entered. He was fascinated with and became a connoisseur of World War II and could hold forth knowledgeably on the topic. Kevin also enjoyed his stints as a Game Day Associate with the Wichita Wing-nuts and as a poll-sitter on Election Day.

Born a month prematurely in 1950 to Dr. Patrick S. Mullins and Margaret Auld Mullins, in Elk City, OK., Kevin was fond of stating that the town was so small, they had to use a pressure cooker for the incubator. The family soon moved to Utica, N.Y. Beginning as a student at the Rochester Institute of Technology in 1968 and obtaining a BFA from the Kansas City Art Institute in 1970, his career spanned three continents and dozens of cities, including graduate school in Mexico, Canada, England, and finally North Carolina, where he received his MFA.

In each place, Kevin and Ann made life-long friends, and contributed to the life of each city. In Rochester, he was a member of the Students for a Democratic Society. Kevin was also an Odd Fellow. He was a member of the I.O.O.F. Tuscarora Lodge 669 in Hamilton, NY, where he and his brothers made a lively, thriving lodge. He is survived by his wife, Ann Resnick, their dog, Dev, his sister, Trish Dyk, brother, Terry and sister-in-law, Maria Mullins, the entire Resnick family, their partners, children and grandchildren. He was born prematurely and he died prematurely, leaving Wichita and the art world less lively and darker, less fascinating places.”

Published in The Wichita Eagle on May 20, 2018
Read more about Kevin Mullins 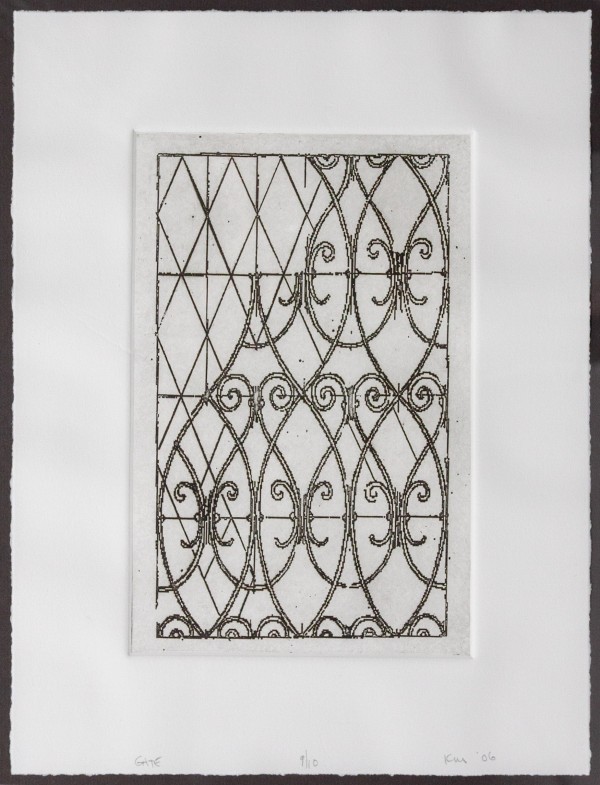