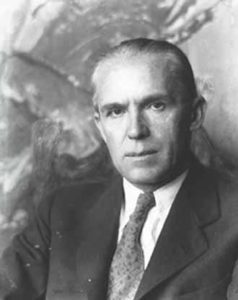 Gifford Beal is a tradition in the art world. He was born in New York City in 1879 and at the age of 12 began his studies under Chase. All through his college years at Princeton he continued under Chase’s guidance and George Bellows was included among his fellow students. His first canvas appeared at the National Academy Exhibition before he was 21 years old. He was already winning national prizes as far back as 1910, 1913 and 1919 and became an Academician in 1914. Throughout the years medals and honors have been heaped upon him for his works which depict the mood of the sea, the carnival atmosphere of the circus or the carefree gayety of park equestriennes. He is represented in all of this country’s major public collections.” 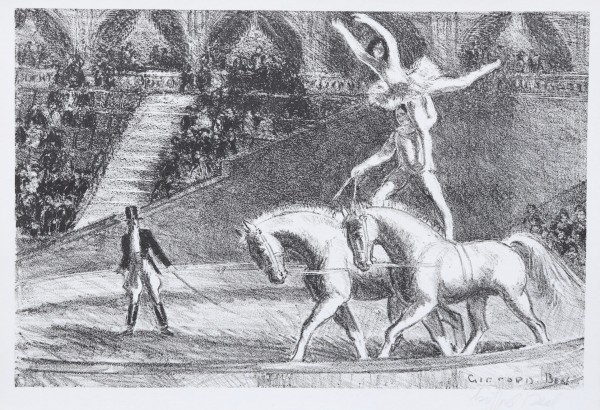