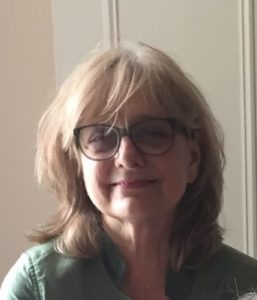 Diane Newton received a BFA in Education from the University of Nebraska and an MFA in Painting and Drawing from Wichita State University. In 1993, Dianne Newton moved to Ithaca, New York where she works in charcoal, pastels, graphite and collage. Currently, she divides her time between studios in Ithaca and Boston and exhibits her work throughout New York. She is a two-time recipient of the Schweinfurth Award for Excellence.

“I grew up in Nebraska–a place I’ve heard called “the middle of nowhere.” It doesn’t have the stuff of traditional landscape paintings – mountains, oceans, forests – but what it does have – broad expanses of land patterned and divided into shapes that both fit together and play off one another – taught me a lot about ‘seeing.’ Working into those landscapes are elements humans have introduced – utility poles and wires that punctuate big skies, roads that appear triangular as they approach the horizon, brightly colored highway signs. It is my intent to make large drawings that bring the viewer into the space I’ve seen and experience the mood of that space. And if ‘beautiful’ can describe my work in any way, I want it to be in the way I use the medium of pastel – a medium which has great capability and range.” 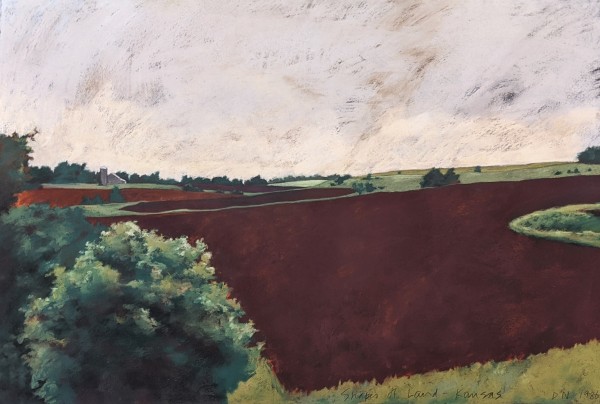 Shapes of the Land - Kansas