This series of high-quality advertising illustrations was the centerpiece of a celebrated magazine campaign produced for the Allis-Chalmers farm equiment company more than half a century ago.  The campaign was created by the Campbell Mithun advertising agency of Minneapolis during the mid-1960’s.

The original gouache paintings are unsigned.  It was believed that if the artist wasn’t well known, it would add nothing to the effectiveness of the advertisement.  Bob Hobson, a Wichitan, hired by Allis-Chalmers Tractors as a top advertising agent.  He rescued  these paintings from an incinerator during a mass clean up of the facility. “Art may not even be art unless it’s where it can be seen” Hobson believes.  “My hope is that these paintings will capture the imaginations of people in our area who feel a deep attachment to our rural heritage.” 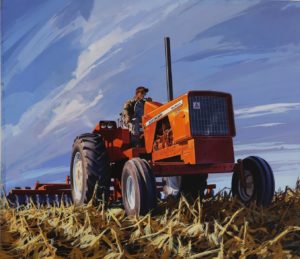 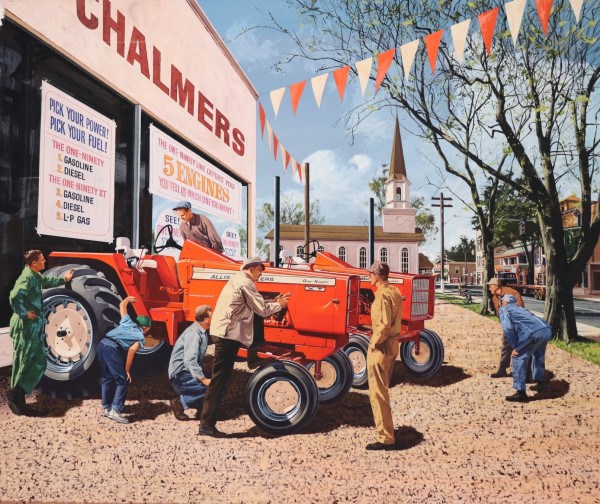 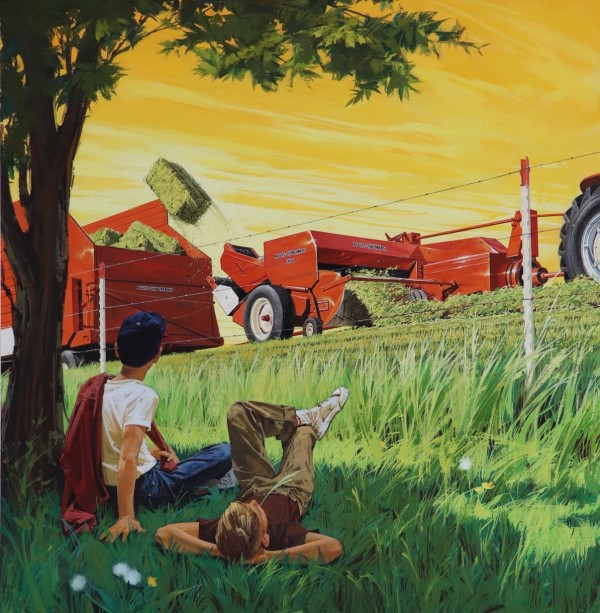 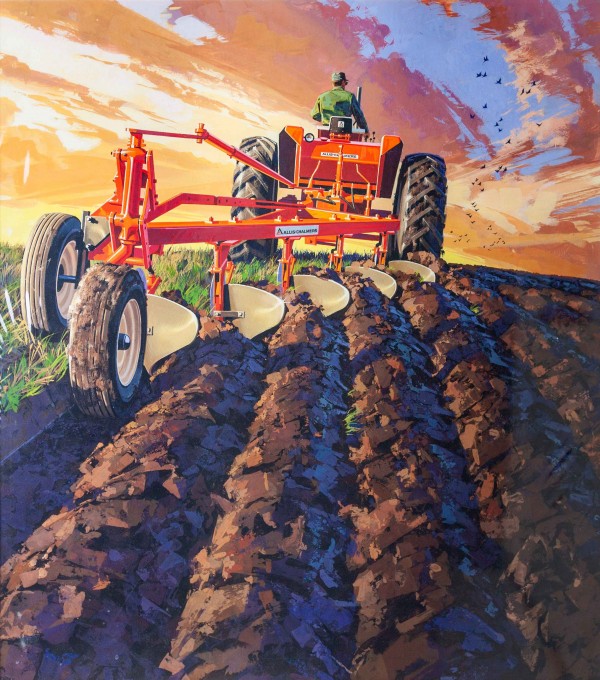 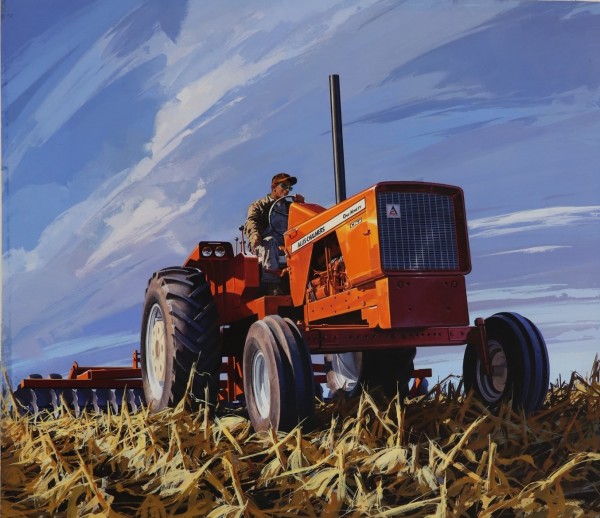 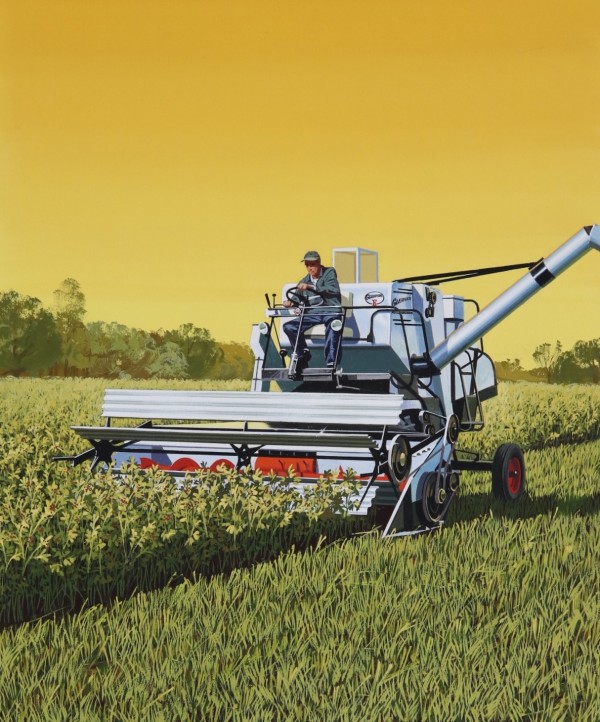 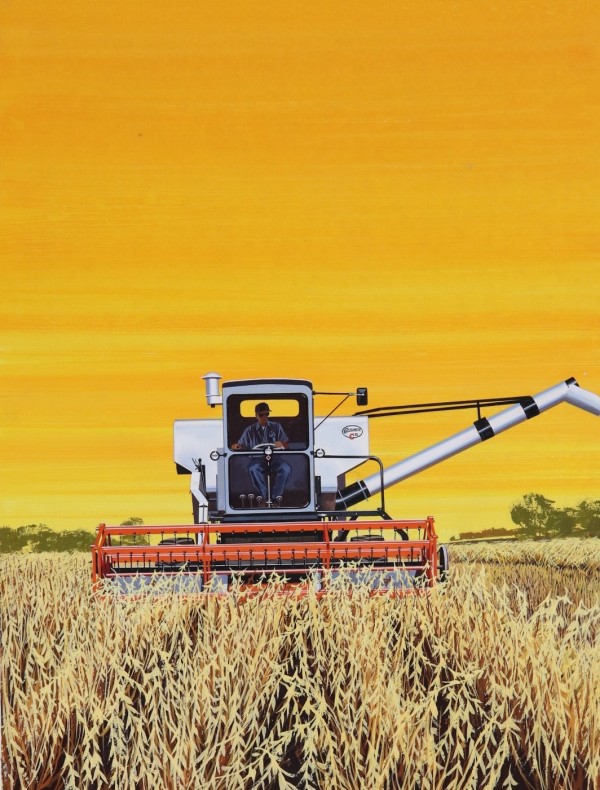 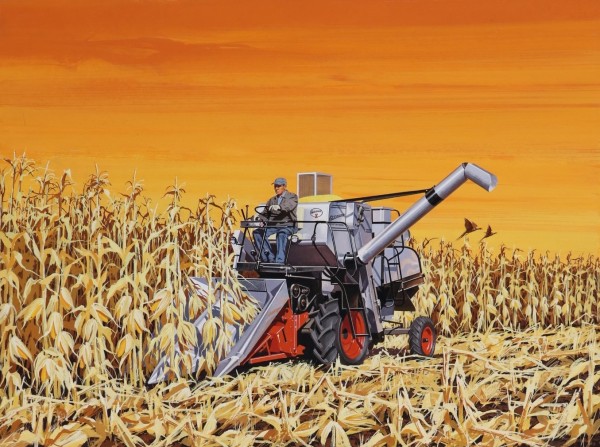 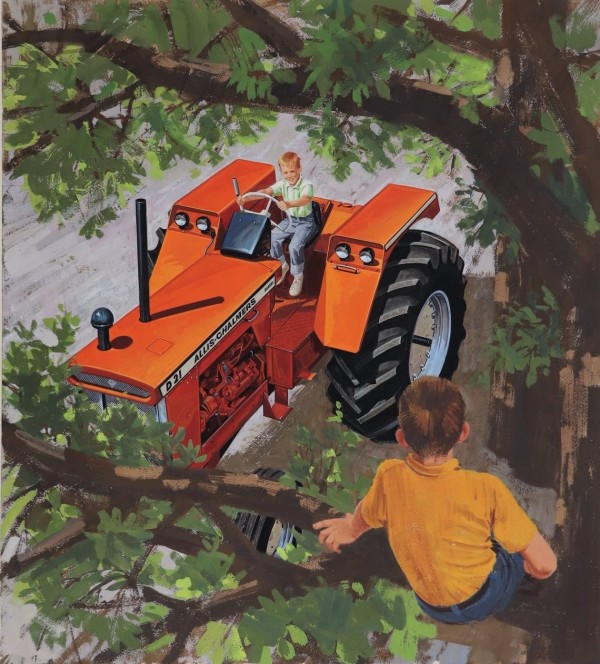